What Are the Rights of an Injured Passenger?

If you get injured in a car accident as a passenger, you have rights. The law in Nebraska may entitle you to pursue financial compensation from one or both drivers involved in the collision. It is typically easier to obtain a monetary recovery as a passenger than as a driver since you are not required to prove liability. As with any car accident claim, however, you could encounter challenges. 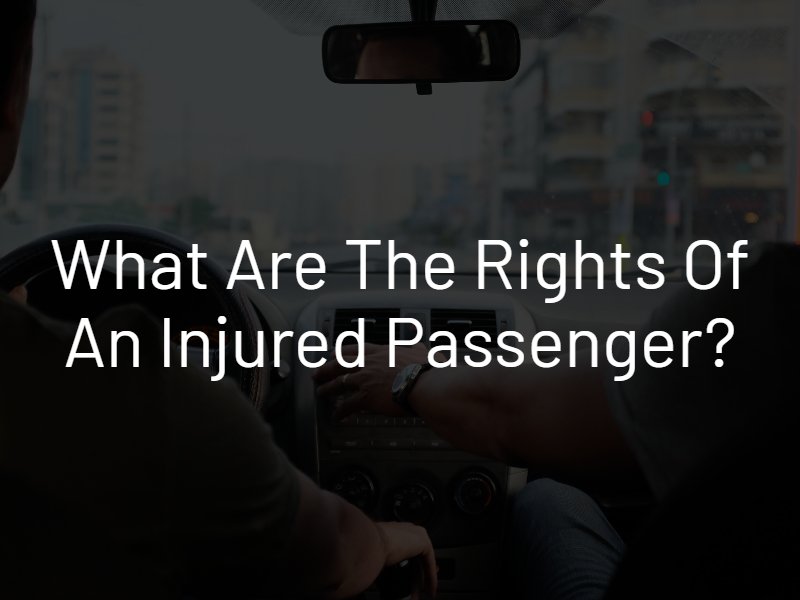 Who Is Liable for Your Injuries?

As an injured passenger, you should not be responsible for paying for your own injuries and damages. Since you did not cause the car accident, your insurance policy should not be part of the recovery process. Instead, the person driving the car, the other driver involved in the crash or both drivers should be liable.

Nebraska is a conventional tort state when it comes to car accident insurance claims. In a tort or fault-based state, the person responsible for paying for medical bills and property damage is the same party guilty of causing the auto accident. As an injured passenger, you or your attorney will need to determine which driver caused the crash. Then, you will file an insurance claim with that driver’s carrier.

Generally, you can file an injury claim with either driver’s insurer and still recover benefits. If further investigation finds that driver not to be at fault for the accident, both insurance companies will work out reimbursement among them using a process such as insurance subrogation. Meanwhile, you can get the compensation you need to pay for your hospital bills, lost wages, pain and suffering, and other losses as an injured passenger.

Obstacles You May Encounter as an Injured Passenger

Most car insurance claims as an injured passenger are simple and straightforward. You may encounter challenges, however, depending on the circumstances. If neither driver’s insurance company is accepting liability for the collision, for example, you could get caught in the middle of a long, drawn-out legal battle. This could unnecessarily delay your settlement.

Another potential obstacle is inadequate insurance coverage. If you are not the only injured passenger, you will have to share what insurance benefits are available with the others. This could become a problem if the liable party runs out of insurance coverage. As a passenger, however, you may have the right to seek reimbursement from both drivers for adequate benefits.

Finally, in the rare circumstance that an insurance company believes you contributed to the accident (e.g., by distracting the driver or taking control of the vehicle and crashing it), you may receive a smaller compensatory award due to your comparative negligence. Nebraska is a modified comparative negligence state, meaning you could still recover partial compensation even if you were at fault.

If you get hurt in a car accident as an injured passenger, stay calm and check yourself and others for injuries. If you notice any injuries or anyone who is bleeding or unconscious, call the police to report the accident. Remain at the scene of the crash until the police arrive.

Offer your statement as an eyewitness to the collision. Then, go to a hospital in Omaha right away for medical care. Once you are on the mend, file an auto insurance claim against one or both drivers. Protect your rights by hiring an attorney to represent you during the claims process.

You may need to hire a lawyer if you have serious or catastrophic injuries that demand a substantial amount of financial compensation. You may also need an attorney’s assistance if you encounter problems with your insurance claim or injury lawsuit, such as a liability dispute. A car accident lawyer in Omaha can guide you through the legal process from start to finish.