Why Do I Need an Omaha Car Accident Attorney?

Car accidents have unfortunately become a way of life throughout the United States. No longer is it shocking to hear of the involvement of a loved one in a motor vehicle accident. It is almost expected that you will end up the victim of a car accident at some point in your life. This is due to many factors including the increased number of cars on the road and an increase in driver distraction (cell phones) and driver inexperience. However, simply because auto accidents have become so common does not mean that you should be forced to cover the expenses of a car accident such as your medical care and lost wages. If you’ve been involved in an accident, contact an Omaha car accident lawyer to help you build your case.

What Causes Car Accidents in Nebraska?

Henry Ford likely did not consider the toll that car accident deaths and related injuries would have on the whole of the American population over the past hundred years. Cars have very nearly become machines of death in certain situations despite ongoing efforts to combat accidents through “smart” vehicles and new state laws.

Car accidents are not limited to accidents between two motor vehicles. They include pedestrian and bicycle accidents which frequently lead to more severe and life-threatening injuries. An Omaha car accident attorney can help you figure out your next steps while you focus on recovery.

Nebraska law provides that if you fail to wear a seat belt in a car accident and that if you had been wearing it you would have been injured less, then your damages can be reduced by up to 5 percent of your total damages. The mere failure to wear a seat belt is not in and of itself sufficient to reduce your damages. It is the defendant who must prove by the greater weight of the evidence that you would have been injured less had you been wearing a seat belt.

Rear-end collisions are the most common type of car accident and frequently occur due to driver distraction or driver inexperience.  The National Highway Traffic Safety Administration completed a study in 2003 to better understand the cause of rear-end collisions and how to prevent these accidents from going forward.  The end conclusions of the national study found that the majority of rear-end collisions involved teenage drivers or drivers over the age of 70. Teenager drivers are often the likely cause of many car accidents due to their lack of experience in anticipating an accident, as well as ongoing distractions.

Nebraska statistics seemed to match the national trend, noting that teen drivers made up about 26% of all rear-end collisions in the state in 2013. This represents a high number out of the total population involved in rear-end collisions, indicating just how important it is to maintain focus while driving.  The majority of rear-end collisions are caused by one driver’s distraction, even if it is only a second glance away from the road.

The number of fatal car accidents throughout the state of Nebraska has fallen in recent years, only to rise again in 2014.  Approximately 200 car accidents resulted in fatalities throughout the state of Nebraska in 2014. Out of this number, nearly half were alcohol-related.  The number of alcohol-related fatalities dipped to a low in 2010 but continued to rise thereafter.  Out of the 200 fatal car accidents, 20 involved motorcycles.  Car drivers often do not observe motorcycles on the road and have a tendency to swerve into motorcyclists, causing severe injuries and even loss of life.  The number of motorcycle fatalities reaches an all-time low in 2000, but this number has skyrocketed recently, almost back to its peak numbers.  It is clear that car drivers and motorcyclists alike need to maintain constant vigil while driving. 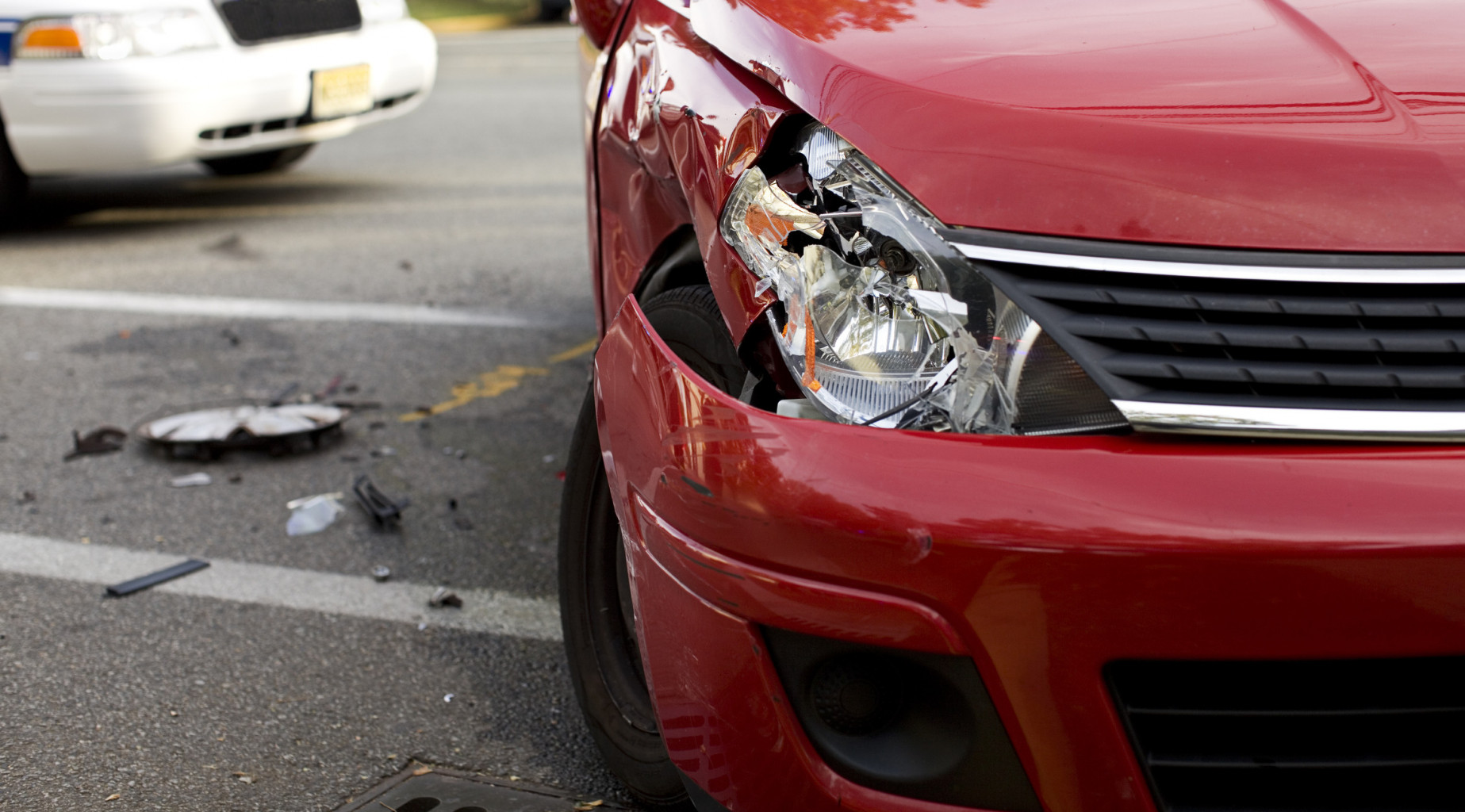 Starting from the second another car hits your vehicle, time seems to slow down. To its victims, car accidents often seem to happen in slow motion, while the events which follow often feel fast-paced.

During the time after the accident occurs, it is important to keep the following car accident checklist in mind:

What Are Common Car Accident Injuries?

The type of car accident often has an impact on the severity of your injuries and recovery time. Simple rear-end collisions are often not as severe as rollover accidents. However, each accident is different, and the facts of your case will dictate the amount of recovery you are eligible to receive.

Severe car accidents lead to extensive recovery time. During this time, you often have to focus solely on your recovery and little else. This may mean the loss of a job. At a minimum, it almost always means lost wages during the many months spent rehabilitating. As the victim of a terrible car accident, you should not be forced to cover these expenses on your own. The responsible party should be held accountable for their actions.

Car accidents can lead to many different types of injuries, including the following:

What Type of Damages Can I Recieve From a Car Accident Claim in Omaha?

These injuries have the potential to severely restrict your ability to function normally in the future, and you may have to learn a whole new way of life. You should not have to think about the hassle of all of the paperwork, dealing with insurance companies and its team of well-trained adjusters, and filing your legal claim. An experienced car accident attorney can assist you in all of these administrative matters while you solely focus on your recovery. Insurance companies for the responsible party will often hound victims to sign paperwork. It is important that you not sign any documents from the responsible party before speaking with an experienced injury attorney. The insurance company may tempt you with the offer of immediate monetary compensation for your injuries while a legal dispute may take months to settle, but the amount the insurance company offers is often much lower than the amount you are entitled to receive for your injuries.

As a victim of a car accident, you may be entitled to receive the following forms of compensation:

An insurance company cannot offer the type of compensation to cover these expenses without further documentation, and therefore a legal claim will often have to be filed in order to ensure you receive the compensation you deserve.

Can I File a Claim for a Single-Vehicle Crash?

Yes, in some circumstances. Not all motor vehicle accidents in Omaha involve multiple vehicles. As the name implies, a single-vehicle crash only involves one car. This does not mean that an injured victim cannot recover financially from someone other than his or her own insurance provider, however. There could still be the negligence of a third party at play.

Do not assume that you are out of legal options if you get injured in a single-vehicle crash. Instead, contact an attorney in Omaha who can investigate for defendants, such as:

Even if you are found to be partially at fault for your single-vehicle accident in Nebraska, the state has a comparative fault law that can still make you eligible for financial recovery, as long as you are not found to be more than 49 percent responsible. If you are less than 50 percent at fault, the courts will reduce your monetary recovery by an amount that equals your degree of fault. At 50 percent or higher, however, the courts will bar you from any financial compensation.

What to Do After a Single-Vehicle Crash

If you get involved in a single-vehicle accident, take many of the same steps that you would after a standard car accident. These include:

Do not accept an insurance settlement until you have consulted with an attorney who can evaluate the offer. You may still be eligible for financial compensation from one or more parties for a single-vehicle car accident.

If you or a loved one have been the victim of a car accident, you may be entitled to receive compensation for your injuries. Contact Knowles Law Firm at your earliest convenience. Our Omaha car accident lawyers have years of experience in handling car accidents and related personal injury claims. We understand that this is a difficult and upsetting time for you, and we will work tirelessly to ensure that you receive the compensation you deserve for your injuries.

Contact our Omaha office today to schedule your initial free consultation with an Omaha car accident attorney during which we will discuss the facts of your case.

“Everything happened so suddenly! After my car accident, I found myself hurt and confused. Luckily, I found an attorney who truly cares for his clients. Bob Knowles was able to provide me with guidance to get the help I needed. Anytime I had questions or concerns, no matter how small, Bob was always available to help me through this traumatizing experience.” – Karen O.