The Long-Term Effects of an Untreated Head Injury

If an accident involves a bump or blow to the head, it can cause severe injury and trauma to the brain. Brain tissues and fluids are sensitive to impacts and vulnerable to traumatic brain injuries. Immediate medical care can help prevent or mitigate the worst possible symptoms of a brain injury. Delaying medical care or leaving a head injury untreated, on the other hand, can lead to worsened and longer-lasting effects. 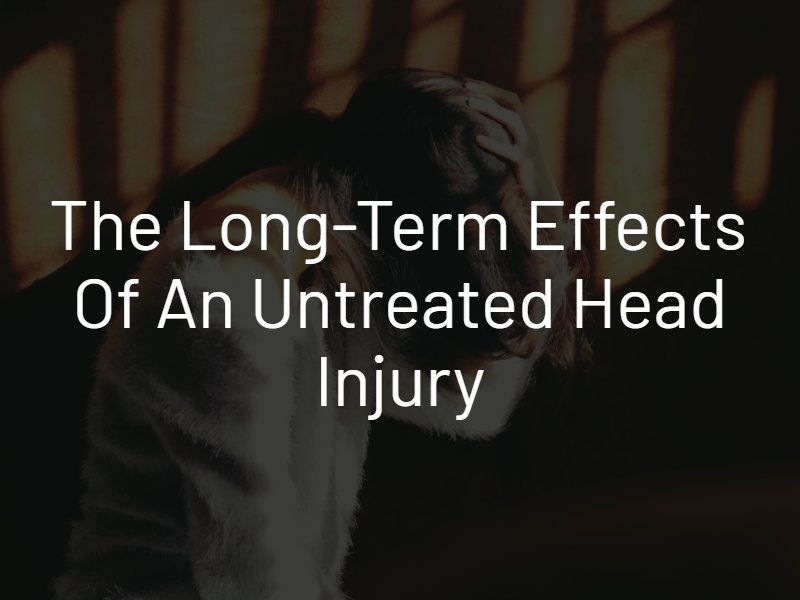 An untreated head or brain injury can lead to a much more severe diagnosis than the patient would have received with immediate medical care. If an accident such as a car crash causes bleeding or swelling in the brain, for example, immediate medical care can provide critical emergency treatment, such as surgery to relieve pressure in the skull.

Leaving this type of injury untreated, by contrast, would lead to the brain pressing against the inside of the skull and suffering more severe damage. An untreated head injury can lead to irreversible brain damage due to brain cell destruction or death that immediate medical care may have prevented. Exacerbated brain damage can lead to cognitive and motor function disability or even death. An untreated head injury can also lead to progressive overall declines in brain health, along with many different associated symptoms.

Some patients with untreated head injuries suffer severe ongoing health issues, such as seizures or post-traumatic epilepsy. Late-stage seizures or seizure disorders can be permanent for patients who have suffered brain injuries – especially those who show other anomalies during brain scans. Some patients experience seizures immediately following their brain injuries, while others do not experience this symptom until months or years later.

The symptoms associated with untreated head injuries are not only physical. Head or brain trauma can also result in long-lasting emotional and cognitive effects. Failing to receive medical care for a brain injury can increase the risk of mental health disorders, including depression and anxiety. In turn, these issues can lead to other effects on the victim’s life, such as isolation from others, aggression or outbursts, personality changes, sleep trouble, and difficulty finding a job.

Studies have shown that there is an increased risk of degenerative brain disease in people who have suffered traumatic brain injuries. Traumatic injuries can make the brain more vulnerable to diseases such as Alzheimer’s, dementia and Parkinson’s disease. Professional medical care immediately after a head injury can reduce this risk with treatments to help the brain heal damaged cells and restore normal brain function.

All head and brain injuries are serious and deserve immediate medical attention. Failing to see a doctor after suffering trauma to the head or skull can lead to many serious and long-lasting symptoms, as well as increase a patient’s overall likelihood of mortality.

This is especially true for patients who suffer moderate to severe traumatic brain injuries. These injuries can have many related health complications that increase the risk of death, including psychiatric problems and an increased risk of suicide. Furthermore, the physical effects of a brain injury can lead to fatal complications such as pneumonia and sepsis.

Advanced treatments have significantly improved mortality rates among brain injury patients. If an accident victim sees a doctor right away after a head injury, this can help him or her reduce the risks of long-term symptoms and permanent health effects.