Can a Passenger Be Charged for Distracted Driving?

One of the most common driver behaviors behind car accidents in Omaha is distracted driving. Driver distraction, even only for a moment, can cause a deadly car crash. It is every driver’s responsibility to resist sources of distraction, such as cellphones and passengers. In most distracted driving accident lawsuits, the distracted driver will be liable for damages. If someone else contributed to the crash, however, such as a negligent passenger, he or she may share liability. 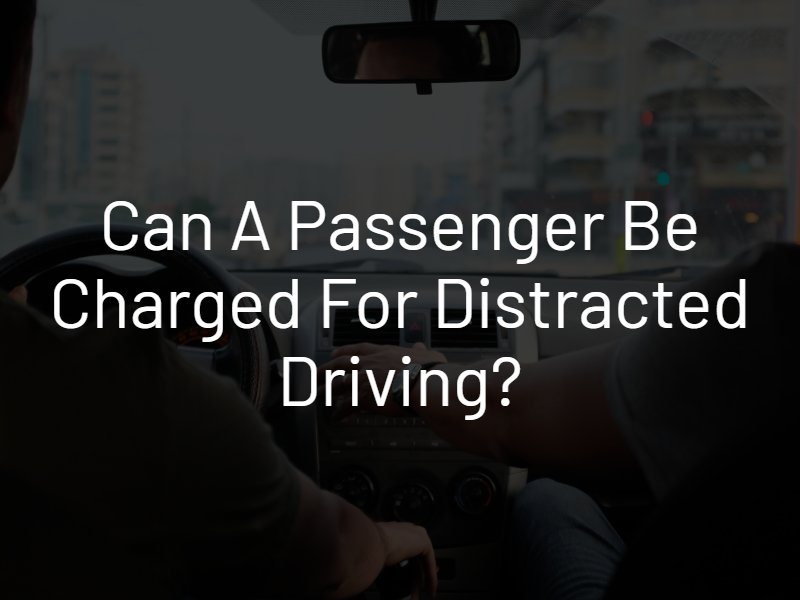 Distracted driving accidents are common. In 2018 alone, this type of negligence took 2,841 lives in the US – 605 of which were vehicle passengers. After an accident that gives you injuries or property damages, call the police for a thorough investigation. The police can search for clues and evidence of distracted driving, such as a lack of tire marks on the ground that shows the person behind the wheel was not looking at the road before striking you. The police can also interview other people involved in the wreck, including passengers.

If an investigation finds evidence that someone else caused the crash, such as a passenger, that person could bear at least partial liability for damages. Detracting a driver’s attention from the road by chatting, shouting, arguing, taking photos, hitting or telling the driver to look at something could point to passenger liability if the distraction caused the accident. Passengers have a responsibility to be considerate of the safety of the driver, others in the vehicle and others on the roadway. Distracting a driver from the task of driving could make the passenger liable for a related crash.

Although it is ultimately up to a driver to resist distractions and pay attention to the road, a passenger could bear some responsibility for a crash if he or she negligently or intentionally took the driver’s attention away from the road. This is especially true if the passenger contributed to the crash through an act of negligence, such as grabbing the wheel. If, however, the source of the driver’s distraction was a small child, the driver would take full responsibility for the wreck. Children do not bear the same responsibilities as adult passengers.

Although less common than holding only a driver liable, it is possible to hold a passenger partially responsible for causing a distracted driving car accident. In Nebraska, a joint and several liability law will preside over cases involving multiple defendants. This law states that the courts can assign fault for an accident to multiple defendants by giving each a percentage of fault. The percentages of fault assigned to all parties must total either 100% or 0%.

An injured party (plaintiff) could also absorb a portion of liability for a car accident. Nebraska’s comparative fault law would preside over this type of case. In a case involving an irresponsible passenger and a distracted driver, the courts could assign a portion of fault to each for causing the crash. The distracted driver may absorb 40% of fault for failing to pay attention to the road, for example, while the passenger could take 60% for causing the dangerous distraction. The courts will hold each jointly and severally liable in a car accident case involving multiple defendants.

Joint and several liability means both defendants will have to pay some part of the victim’s recovery award. Nebraska Revised Statute 25-21,185.10 states that both defendants will have to pay the full amount of the victim’s economic damages, regardless of each party’s individual degree of fault. Each defendant will only be liable for his or her portion of fault for non-economic damages, however. The courts will render separate non-economic judgment awards for each defendant in a case involving a liable driver and passenger. The complicated nature of claims with more than one defendant often requires help from plaintiff’s attorneys.