What Are the Most Common Causes of a Concussion?

A concussion is traumatic brain injury (TBI). It is a relatively common injury in the US and the most common type of brain injury. Concussion is the term physicians use to describe a mild traumatic brain injury, typically arising from a bump or blow to the skull. A concussion could also occur from violent movement or shaking that causes the brain to strike the inside of the skull. Despite being classified as a mild TBI, a concussion could have serious and long-lasting effects on a patient. Most concussions are preventable and arise from negligence-related accidents. 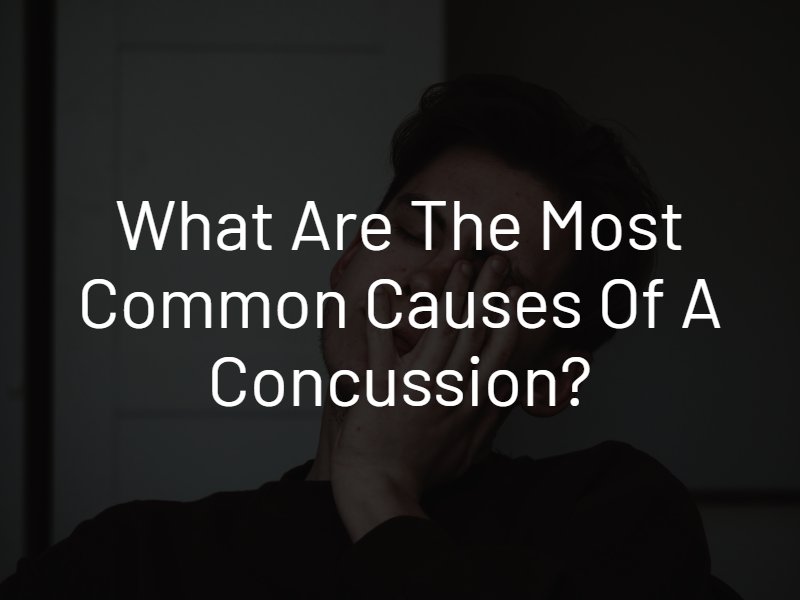 Falls are the number one cause of concussions, according to the Centers for Disease Control and Prevention. Falls send millions of people to the hospital with serious injuries each year. They account for almost half (48%) of all emergency department visits for brain injuries. A fall could lead to a TBI such as a concussion if the victim strikes his or her head. Falling and hitting one’s head on an object, the ground or the floor could jolt the head hard enough to injure the brain. The elderly are most likely to sustain concussions from falls. Adults 65 years old and older account for 81% of all TBI-related hospital visits in the US.

Motor vehicle accidents are the second leading cause of TBI-related hospital visits. A car accident could cause a brain injury if the victim’s head strikes the window, windshield, steering column or other elements within the vehicle during the crash. Motorcycle and bicycle riders are even more at risk of concussions in traffic accidents than people in passenger vehicles. The accident could eject the rider from the vehicle and cause his or her head to strike the pavement. Even with a helmet, the impact could be hard enough to injure the brain.

Another common cause of concussions is an object striking a victim’s head. Objects falling from shelves or scaffolds can cause struck-by injuries such as concussions. These incidents are especially common in the construction industry, where they accounted for 11.1% of deaths in 2018. Explosions and blasts can also cause TBIs and concussion through shrapnel flying and striking victims. Fallen object injuries are often preventable with proper securement of tools and materials, as well as worker head protection.

Thousands of concussions, including many concussions in children under 18, stem from sports-related incidents annually. Flying balls, pucks or other sports equipment during a game or practice could strike players or spectators, causing head injuries. Other sports-related concussions arise from player-to-player contact, such as tackles in football. While sports safety equipment such as helmets may be able to help prevent head injuries, they are not a guarantee.

Negligence is not always what causes concussions. Some concussions stem from intentional acts of harm, such as crimes. A concussion could result from a physical assault against the victim, such as a fistfight, gunshot wound or stabbing. Physical assaults can impact the head, skull and brain enough to cause a serious brain injury. Some of these injuries may be more severe than a concussion, such as a penetrating brain injury.

Compensation for Concussions in Nebraska

If you or a loved one has a concussion in Omaha, Nebraska, a brain injury attorney may be able to help you obtain compensation from the correct defendant. A driver, sports coach, property owner, product manufacturer or another party could owe you compensation for causing your TBI. You might be eligible for financial recovery for losses such as pain and suffering, a disability, lost wages, and medical bills if your lawyer can prove the defendant caused your concussion through an act of negligence or recklessness. A lawyer in Omaha can help you understand your rights and offer tailored legal advice.