It is against the law to leave the scene of a car accident without fulfilling certain driver responsibilities in Nebraska. The fear of legal consequences does not concern some drivers, however, who would rather risk a hit-and-run charge than stay behind to take accountability for their actions. If you are in a car crash in which the other driver illegally leaves the scene, learn what to do and how to file a claim with the help of an Omaha car accident attorney to damages. 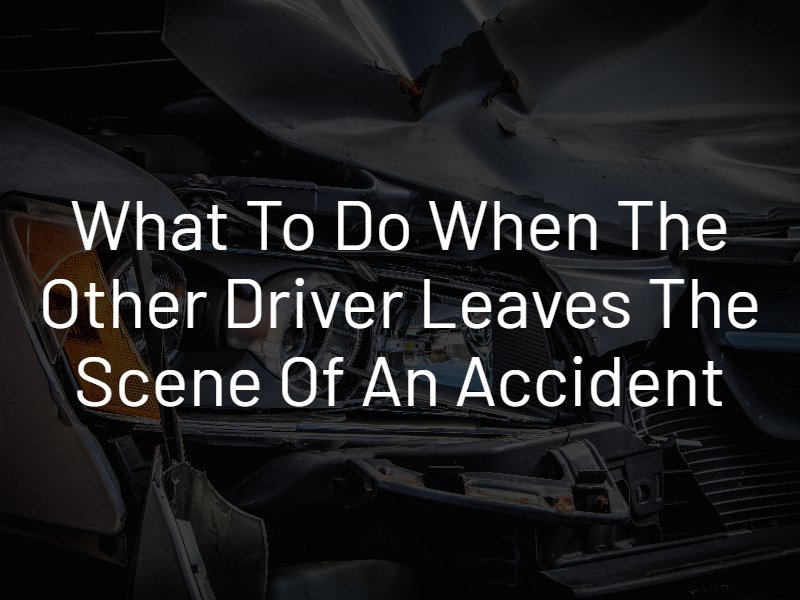 Always call the police as the victim of a hit-and-run crime in Nebraska. All drivers in the state must lawfully stop at the scene of a car accident that causes any property damages or personal injuries. If a driver strikes you and takes off, call the cops to report a hit-and-run. Calling the police can help you resolve your hit-and-run case and collect evidence to use on an insurance claim later.

Leaving the scene of an accident is a crime punishable with a fine between $5,000 and $20,000. A driver guilty of a hit-and-run may also spend up to 15 years in prison. The severity of the penalties for a hit-and-run will depend on the type of damages inflicted on victims. Hit-and-run accidents that result in catastrophic injuries or fatalities may lead to heftier criminal charges. A city prosecutor will charge the other driver with a hit-and-run crime. Meanwhile, it will be up to you to file an insurance claim to pursue compensation.

In Nebraska, the fault-based insurance law asks that you seek financial compensation from the person who caused your auto accident. If the at-fault driver flees the scene before you can obtain his or her information, you may be at a loss. Your goal should be to identify the driver who caused the crash, if possible. Start by talking to eyewitnesses and giving the police a detailed description of what you can remember. Include the color, make and model of the driver’s car, if possible. Speak to any eyewitnesses to find out what they saw. The police can also help. The responding police officer will investigate the scene of the accident for evidence that could lead to the culprit.

Do your part to help the investigation – and to build an insurance claim – by taking photos while at the scene of the accident. An investigator may find something in the photos that points to the identity of the at-fault party. Your insurance company may need to see photographs to prove your damages later as well. Go to a hospital in Omaha for medical care immediately after a harmful hit-and-run accident. Your insurance company will look to see if you delayed medical care. If so, this could hurt your chances of receiving compensation.

If you can, call your auto insurance company to file an initial notice of the accident on the day of the crash. Explain that the at-fault driver fled the scene. Give the agent your police report number. Although Nebraska is a fault-based state, you will have to seek recovery from your own insurer for a hit-and-run accident. Your company may pay for your medical bills and property damages if you have uninsured or underinsured motorist coverage. This coverage will pay for your losses as if you were in a collision with an uninsured driver.

If you do not have the right type of insurance and the police do not catch the culprit, the only option for financial recovery after a hit-and-run may be a personal injury lawsuit against a third party. A third party could be a property owner, vehicle manufacturer or the City of Omaha depending on the circumstances of your crash. A car accident lawyer can help you find out if you have grounds to file a third-party claim after a hit-and-run. Contact an attorney as soon as possible for assistance with your car accident case.