How Is Fault Determined in a Right Hook Accident?

A bicycle accident can happen in many different ways on the busy streets of Omaha. One example is the right hook accident. In most cases, a motor vehicle driver will be responsible for a right hook accident. You may encounter a liability dispute, however, from the driver’s insurance provider. A car accident attorney in Omaha can help you with a claim or lawsuit. 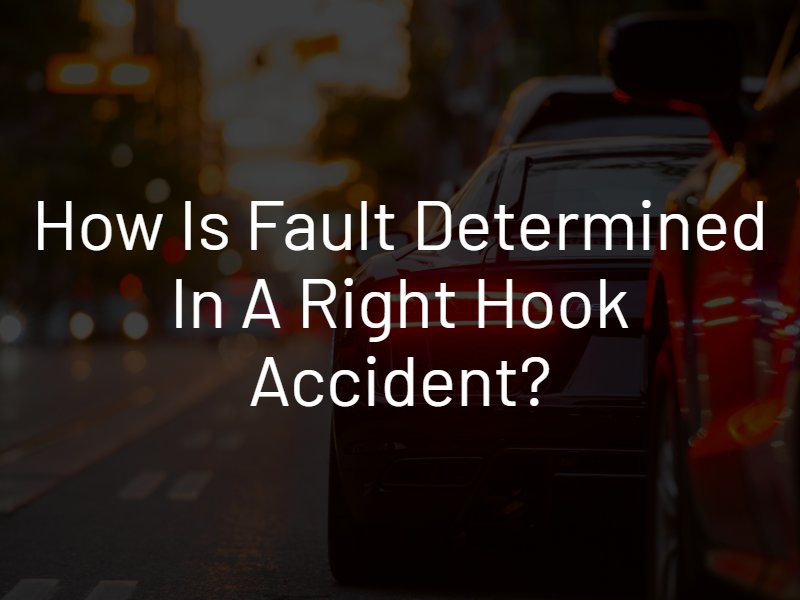 What Is a Right Hook Accident?

A right hook accident describes a collision where a motor vehicle turns right at an intersection and collides with a bicyclist that is crossing the road (it “hooks” the biker). Right hook accidents can be catastrophic for bicyclists, who may suffer injuries such as broken bones, head trauma, brain injuries and spinal cord injuries. To recover financial compensation as someone injured in a right hook accident, you or your attorney will need to prove the other party’s fault.

Who Is at Fault?

In Nebraska, the fault law states that the person or party at fault for causing a bike accident will have to pay for related injuries and bills. Fault for a right hook accident generally goes to the driver of the motor vehicle, as it is the driver’s responsibility to pay attention to his or her surroundings, notice cyclists, yield the right-of-way, obey traffic laws, and only turn right when it is safe to do so.

If a reasonable and prudent driver would have been able to prevent the right hook bicycle incident, the driver in question will be liable for the wreck. If the driver broke a traffic law or roadway rule, this could be proof of the driver’s fault. It is common, however, for a driver’s insurance company to refute fault or allege that the bicyclist is also partially to blame.

What Is Nebraska’s Comparative Fault Law?

The comparative negligence law in Nebraska allows for both parties – the plaintiff and the defendant – to share fault for an accident. A plaintiff can still recover partial compensation if he or she contributed to an accident. If the plaintiff is found to be 50 percent or more at fault, however, he or she will be ineligible for financial recovery.

If a defendant succeeds in using the comparative negligence defense, the courts will reduce your recovery by an amount that is equivalent to your percentage of fault. For example, if you file an injury claim after a right hook accident and the courts find you 10 percent at fault for the crash, you will receive 10 percent less in financial compensation.

One of the many things that a bicycle accident attorney can do for you is thoroughly investigate your crash to obtain key evidence against the other driver. The strength of your evidence can determine whether or not you succeed in holding a driver accountable for your right hook accident. Evidence can include:

The evidence may prove that a driver was speeding, driving distracted, driving recklessly or otherwise made a mistake that caused the right hook accident. If your lawyer is successful in holding a driver responsible for your right hook accident, his or her insurance company will pay for your related bills, including hospital bills, bicycle repairs and lost wages. To learn more about your legal rights after this type of bicycle crash, contact an attorney today.