What Rights Do Motorcyclists Have? 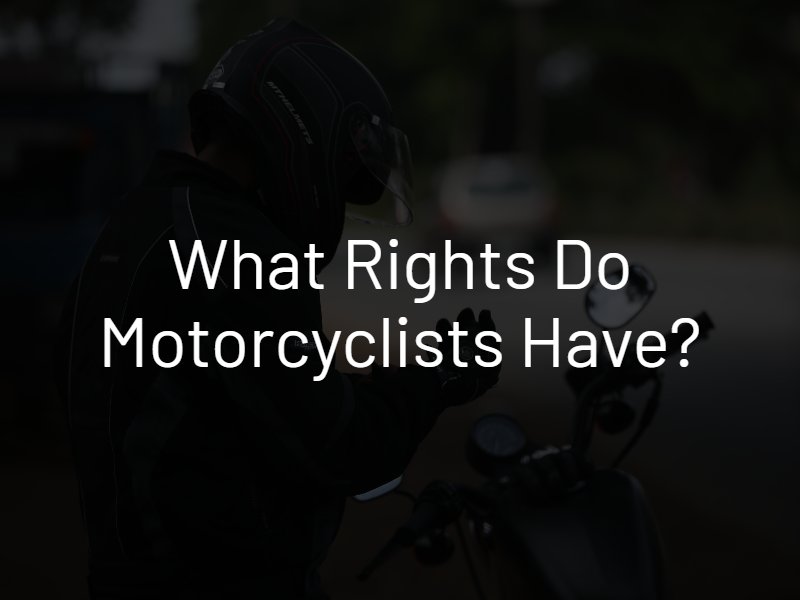 Rights to the Road

Motorcyclists may operate their vehicles on all the same roads as regular motor vehicle drivers in Nebraska. This includes all of the state’s highways. They must ride in the same direction as traffic and follow all relevant road signs. Motorcyclists need room to safely maneuver. All drivers should give motorcyclists adequate space on the road. Drivers must allow motorcyclists the full width of a lane.

Motorcyclists will have the right-of-way in Nebraska when traffic control signals and roadway rules give them this right. The same right-of-way rules apply to motorcyclists as vehicle drivers. At a traffic light, a motorcyclist may only cross into the intersection with a green light. If turning left, the motorcyclist must wait for oncoming traffic to clear before turning. One of the most common types of motorcycle wrecks is a left-turn accident, in which a driver ignores the motorcyclist’s right-of-way and crosses in front of him or her to turn. This is a dangerous breach of duty that could lead to a T-bone accident or head-on collision.

Right to a Safe Ride

Every city and state has a responsibility to keep its public roads reasonably safe for all users, including vulnerable motorcyclists. This means checking the roads regularly for hazards such as potholes, cracks, loose gravel, left-behind construction equipment, uneven shoulders, missing guardrails, broken traffic lights, obscured signs and grass clippings. It is the city’s duty to promptly repair known problems with a road that could cause an accident. If the city cannot repair the road right away, it must post warning signs for motorists instead. If a dangerous road condition causes a motorcycle wreck, the injured victim may be able to file a claim against the city.

In addition to the right to safe roads, motorcyclists also have the right to expect safe motor vehicle operation from drivers. Drivers in Nebraska have a duty to reasonably prevent motorcycle accidents by keeping a proper lookout, avoiding distractions, following speed limits, keeping safe following distances and obeying roadway laws. If a driver negligently fails to fulfill these duties, leading to a motorcycle wreck, the injured motorcyclist has the right to seek compensation.

Right to File a Lawsuit Against an At-Fault Driver

An injured motorcyclist in Omaha can bring a personal injury lawsuit against the driver or party responsible for causing the accident. A personal injury suit demands compensation for damages such as motorcycle repairs, hospital expenses, legal fees, lost wages, and pain and suffering. If you get injured in a motorcycle accident in Nebraska, you have the right to file a lawsuit against the negligent party for up to four years from the date of the collision. Four years is the statute of limitations on most personal injury claims in Nebraska, with some exceptions. Contact a lawyer right away for assistance with your motorcycle accident case.