What Are Coup and Contrecoup Brain Injuries?

Trauma to the head or skull can significantly impact the brain. The brain is a delicate organ that can suffer bruising, bleeding, swelling or cell damage in an accident. When an accident causes a traumatic brain injury, the victim could have a range of short- and long-term symptoms. Many different types of traumatic brain injuries exist, including coup and contrecoup injuries. 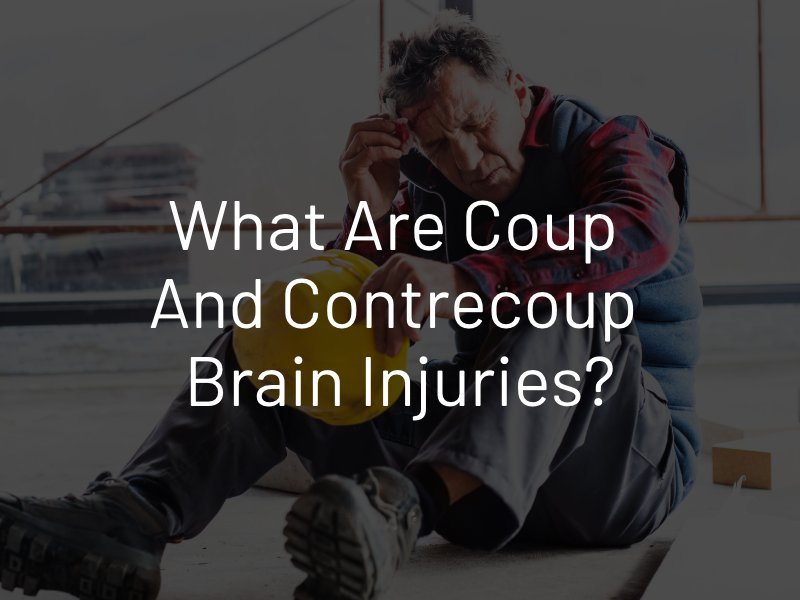 The brain is suspended inside the skull in cerebrospinal fluid – a clear liquid that fills the brain and spinal cord. The cerebrospinal fluid can provide a barrier against impacts and shock to the brain. If the impact is severe enough, however, the brain can shift within its chamber of fluid and strike or bounce off the inside of the skull. The initial blow to the head can injure the brain (coup), as can the brain hitting the skull (contrecoup). A coup-contrecoup brain injury, therefore, refers to two individual brain injuries.

A patient with a coup-contrecoup brain injury may exhibit symptoms such as headaches, dizziness, disorientation, nausea, vomiting, loss of memory, slurred speech, loss of consciousness or seizures. A patient’s prognosis for the future will vary based on many factors, such as the extent of the injury, size of the affected area on the brain and the presence of an additional type of traumatic brain injury. One study found that the odds of a favorable vs. unfavorable outcome for a patient with a coup-contrecoup injury were almost equal (48% and 52%, respectively).

Compensation for a Coup-Contrecoup Brain Injury in Nebraska

If another person caused or contributed to your brain injury, you may have the right to file a lawsuit pursuing damage recovery from the at-fault party. A civil lawsuit is a legal cause of action you must bring within four years of the date of incurring your brain injury in Nebraska. You or your lawyer will file a claim describing your accident, why you believe the defendant is responsible and how much money you are demanding to settle the case with the correct county court. Your demand letter can include a request for compensation for several different damages.

Most personal injury cases settle out of court through pre-trial negotiations. A case as serious as one involving a brain injury, however, may need the full court process to achieve fair results. Otherwise, an insurance company may try to undervalue the claim and offer a low settlement. Hire an Omaha brain injury attorney to represent you and protect your best interests during a coup-contrecoup brain injury claim in Nebraska. A lawyer can fight for the best possible compensation for your brain injury on your behalf.