If I Was Not Wearing a Helmet, Can I Still File a Bicycle Accident Claim?

Wearing a helmet can drastically reduce your chances of a head or brain injury in a bicycle accident. Even the most experienced biker can get into an accident if he or she encounters a dangerous or distracted driver. The helmet is by far the most effective piece of safety equipment for protecting the brain. If you were not wearing a helmet in your bicycle accident, you can still file a claim. The other party may, however, try to use your lack of helmet-wearing against you. 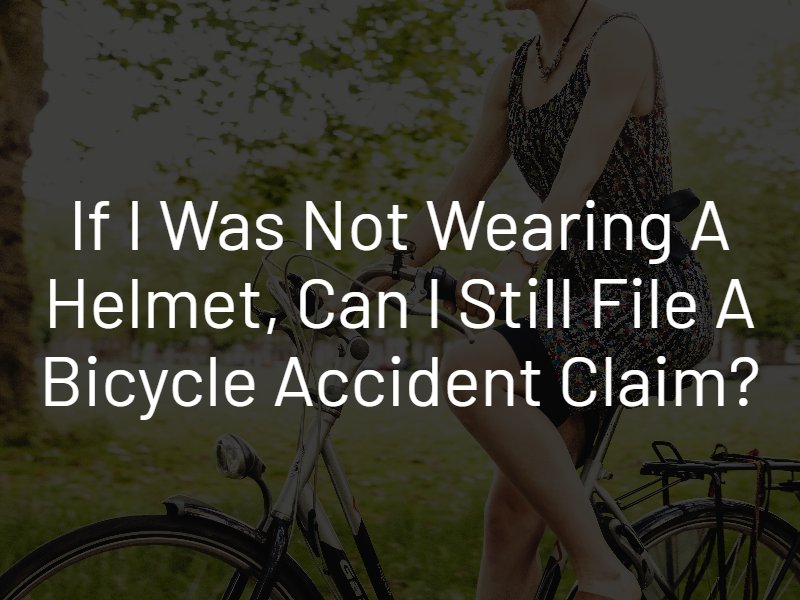 In Nebraska, bicyclists do not legally have to wear helmets. Even young children under the age of 18 do not have a helmet requirement. It is up to you if you want to wear a bicycle helmet or not as a cyclist in Nebraska. The Department of Transportation strongly recommends, however, that all bicyclists wear approved helmets at all times for safety reasons. A bicycle helmet could save you from a serious traumatic brain injury. It could also prevent head, face and neck injuries. If you choose to ride a bicycle without wearing a helmet in Nebraska, you will not face any legal consequences unless you live in a city with a municipal helmet law.

Can Not Wearing a Helmet Impact Your Case?

If you were not wearing a helmet while riding a bicycle in Nebraska, this may have contributed to your head or brain injury. If you suffered a skull fracture, for example, a crash expert may be able to demonstrate that you would not have sustained the injury had you been wearing a helmet. The bicycle helmet defense is a legal strategy available in some states that permits an at-fault driver to refute fault based on the grounds that the injured bicyclist could have prevented his or her injury by wearing a helmet. In general, this is not a usable defense in Nebraska.

Since Nebraska does not have a universal bicycle helmet requirement, defendants will not be able to use a cyclist’s lack of helmet-wearing against him or her. The bicyclist was not breaking a law by failing to wear a helmet. In states that do require helmets, however, the bike helmet defense may be allowed based on the grounds that the cyclist was breaking the law by not wearing a helmet at the time of the crash. Although a judge will decide each matter on a case-by-case basis, due to Nebraska’s lack of a helmet requirement, the helmet defense is typically not applicable.

Comparative Negligence in a Bike Accident Case in Nebraska

You can and should still file a bicycle accident claim if you were not wearing a helmet. If Nebraska was a state that allowed for the helmet defense, this argument by the at-fault driver would simply reduce your financial recovery award. It would not bar you from recovery, in most cases. In other states, defendants use the helmet defense to prove that the plaintiff’s injuries would not have occurred – or would not have been as severe – had the plaintiff been wearing a helmet. This defense requires proof from medical and crash experts showing that the plaintiff’s injuries more likely than not would not have happened with a helmet.

Although the helmet defense is generally not relevant to a bicycle accident claim in Nebraska, a defendant could use other actions or inactions against you, such as your failure to come to a complete stop at a stop sign or ride in the same direction as traffic. If the defendant can prove that you contributed to the bicycle accident, the courts may reduce your award accordingly. If you were 15% responsible, for instance, the courts will diminish your award by 15%. Work with a bicycle accident attorney in Omaha for assistance maximizing your settlement or verdict.