What Are the Most Common Causes of Bicycle Accidents?

Taking a bicycle out around Omaha, Nebraska should not put your life at risk. Unfortunately, negligent and reckless drivers pose a serious threat to bicyclists around the country. In 2018, 857 bicyclists died and thousands suffered serious injuries in accidents with motor vehicles. In a crash between a bike and a motor vehicle, the bicyclist is more likely to end up in the hospital. Recognizing the common causes of bicycle accidents could help you decrease your likelihood of becoming a victim of one. It could also help you know whom to hold accountable after a bicycle accident. 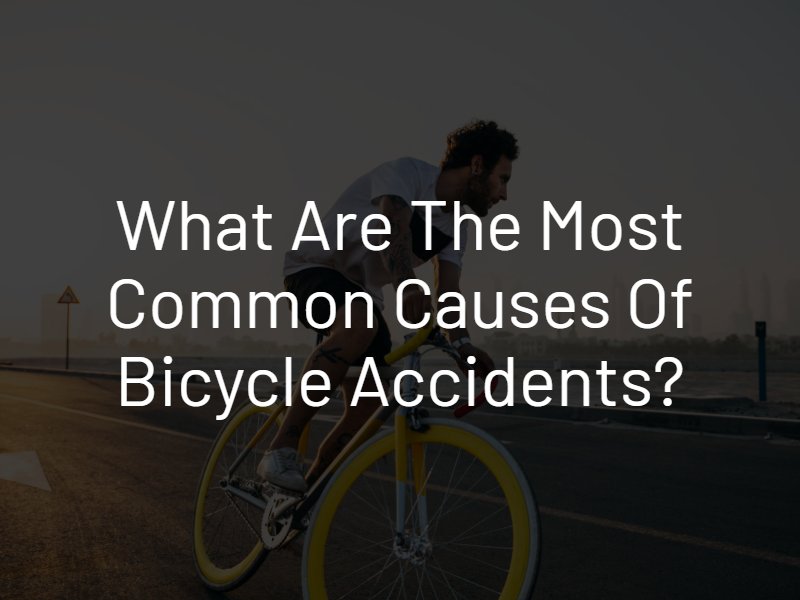 Serious and fatal bicycle accidents happen most often at night, between 6:00 p.m. and 9:00 p.m. Riding after dusk puts you at risk of a driver being unable to see you. You can reduce this risk by obeying the state’s headlight and reflector requirements for riding at night. Wearing bright colors and high-visibility clothing can also increase your visibility. Reduced visibility and higher driving speeds, however, mean you should avoid riding a bike at night on rural roads in Nebraska regardless. Lack of visibility could lead to a serious collision.

More than one-third (37%) of all fatal bicycle accidents in the US in 2018 involved alcohol. Drunk drivers are often reckless in their control of motor vehicles. They may speed, swerve, drift in and out of lanes, run red lights, drive the wrong way, and otherwise drive recklessly near bicyclists. They can also have impaired senses, judgment and reflexes. A drunk driver may fail to notice a biker and crash into him or her, causing severe injuries. Driving impaired also increases the risk of a hit-and-run accident.

Bicyclists are vulnerable to serious injuries due to negligent drivers. Tailgating a bicyclist, passing too closely, honking or startling bikers, road rage driving, cutting a cyclist off, and turning left into an oncoming bicyclist are all examples of how a negligent driver could cause an accident. Every driver has a duty to pay attention, look out for bikers and respect bicyclists’ rights to the road.

Many motorists – and some bicyclists – do not understand the state’s bicycling laws. For example, drivers often believe bicyclists should not legally ride in the road. This is not the case. Bikers have as much right to the roads as motor vehicle drivers. In fact, in major cities, it is often against the law for bicyclists to ride on sidewalks. All bicyclists must obey traffic laws, street signs and roadway rules. Crossing the street without the right-of-way, rolling through a stop sign and riding in the wrong direction are examples of broken rules that could increase the risk of a bike accident.

Some bicycle accidents are not due to negligent drivers but dangerous environments. It is the City of Omaha’s responsibility to design and maintain reasonably safe spaces for all motorists – including vulnerable bicyclists and pedestrians. When the city fails in maintaining a roadway, bicyclists can suffer the consequences. Road defects such as cracked asphalt, potholes, debris, loose gravel, missing reflectors and dented guardrails could cause serious bicycle accidents. Dangerous roadway designs could also pose an unreasonable risk of harm to bikers. The city government could be liable for bicycle accidents that are due to preventable road hazards. Discuss your case with an Omaha bicycle accident lawyer to find out who might be liable.