After dog attacks, life may never be the same. You may suffer an injury that leaves permanent scars or disfigurement. You might also have to cope with emotional or psychological issues after the attack, such as post-traumatic stress disorder. Understanding Nebraska’s dog bite laws could help you feel more in control of your life and future. The law may entitle you to compensation you could use to move on after significant injuries. Contact an Omaha dog bite attorney today. 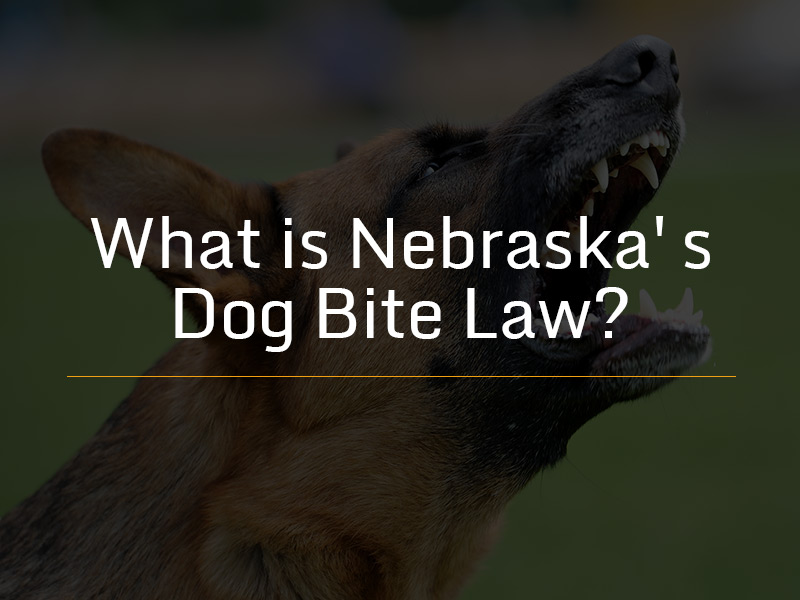 Most states abide by either strict liability or one-bite dog laws. Nebraska is a strict liability state. Nebraska Revised Statute 54-601 states a dog owner will be liable for any injuries or damages his or her dog causes, regardless of negligence. An exception is if the injured person was unlawfully on the pet owner’s property at the time of the attack. Another exception is if the dog was performing its duties as a police or military animal.

Nebraska’s dog bite statute also covers other dog activities, such as tearing up property or jumping on someone. Any injuries or damages a dog causes to someone lawfully on a property will become the pet owner’s legal responsibility. Since Nebraska is a strict liability state, you do not have to prove the owner was negligent to recover damages. Showing the dog caused your injuries and that you were not trespassing will generally be enough to hold the owner liable.

You may need to file a claim against the dog owner if the attack caused serious injuries. A serious injury can mean a temporary or permanent disability, severe pain, and suffering, mental anguish, expensive medical costs, or other specific losses. A minor bite injury with no complications might not be worth pursuing a lawsuit. A debilitating dog bite, however, could be grounds for a lawsuit.

Some dog attacks require surgeries, skin grafts, reconstructive procedures, rabies shots, staples, stitches, and other significant treatments. If you or a loved one has a catastrophic injury because of a dog attack, bring a claim in pursuit of financial recovery. Nebraska’s dog bite laws could make you eligible for significant compensation.

What To Do After a Dog Attack

Prevent dog attacks in Omaha by never approaching a strange dog. Ask the owner’s permission before approaching or petting the animal. If a stray or unleashed dog approaches you, stay very still. Do not run from the dog, make loud noises or instigate an attack. Never disturb a dog that is eating or with puppies. If a dog attacks, protect your head and neck by tucking them in toward your chest and rolling into a ball. Cover your ears with your hands.

If a dog attack injures you, seek medical care right away. Go to a hospital in Omaha and explain what happened. You may need special treatments to prevent infections or the spread of diseases such as rabies, especially if the dog was not up-to-date on its vaccines. Document your attack, writing down information such as the name of the owner and where the attack occurred. Once you have received medical treatment, contact the pet owner’s insurance company to file a claim. His or her homeowner’s insurance should cover dog attacks.

If the owner does not have insurance, file an injury claim against him or her with the local civil courts. The pet owner may have to pay out of pocket for your medical bills, property repairs and other expenses. Hire a dog bite attorney to help you bring your claim. You have four years from the date of the dog bite to file a personal injury lawsuit in Nebraska. Work with a dog bite lawyer to help maximize your odds of a payout.