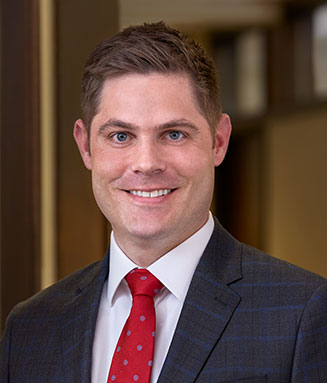 Born and raised in Omaha, Matt attended Creighton Prep High School where he graduated in 2000. He thereafter attended Colorado State University, graduating with a Bachelor of Science Degree in Computer Science. He returned to Omaha to attend law school at Creighton University where he received his Juris Doctorate in 2007. He joined his father, James Knowles, Jr., at Knowles Law Firm in 2008.

Matt is married to Alicia Knowles, and they have two children, Isabelle and Lucas.

During his free time, he enjoys spending time with his family, reading, and learning about new or developing areas within the field of computer science.